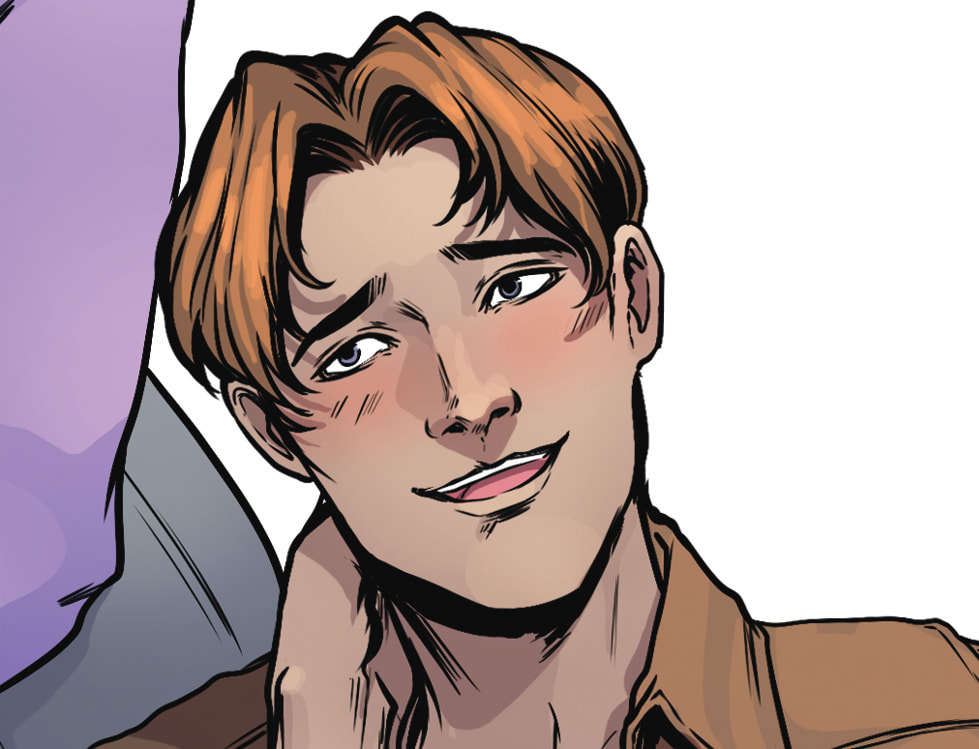 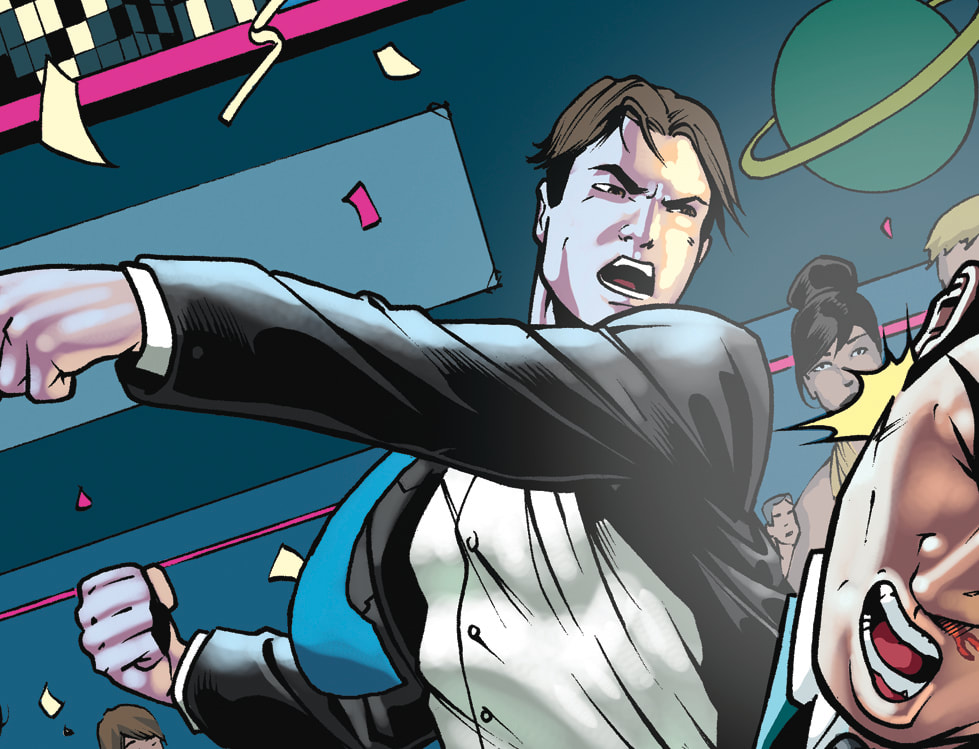 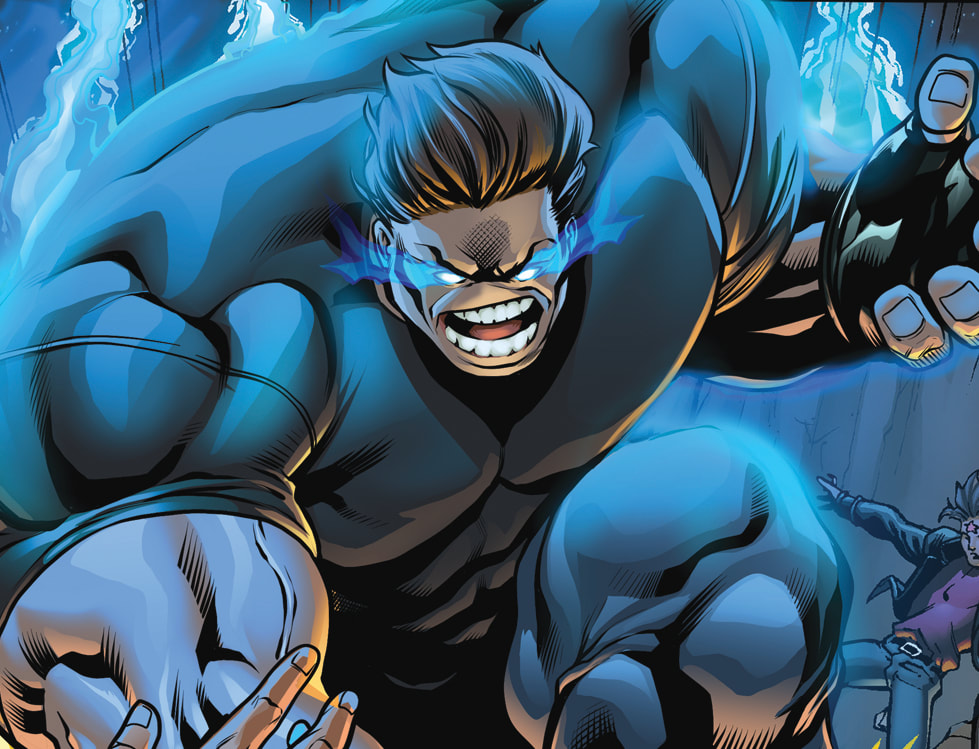 Scott is new at Ridgecrest High, trying to find his place in a school filled with cliques and overrun by a vicious gang. Struggling with the recent death of his mother, his religious convictions drive him to discover his purpose.

When the mysterious RuneStone grants him superhuman size and strength, Scott takes it as a sign of his destiny to fight evil and protect the innocent. With his level head and strong sense of morality, the others naturally look up to him as the leader they can rely on.

Video clip: Scott, the Heart of the Series 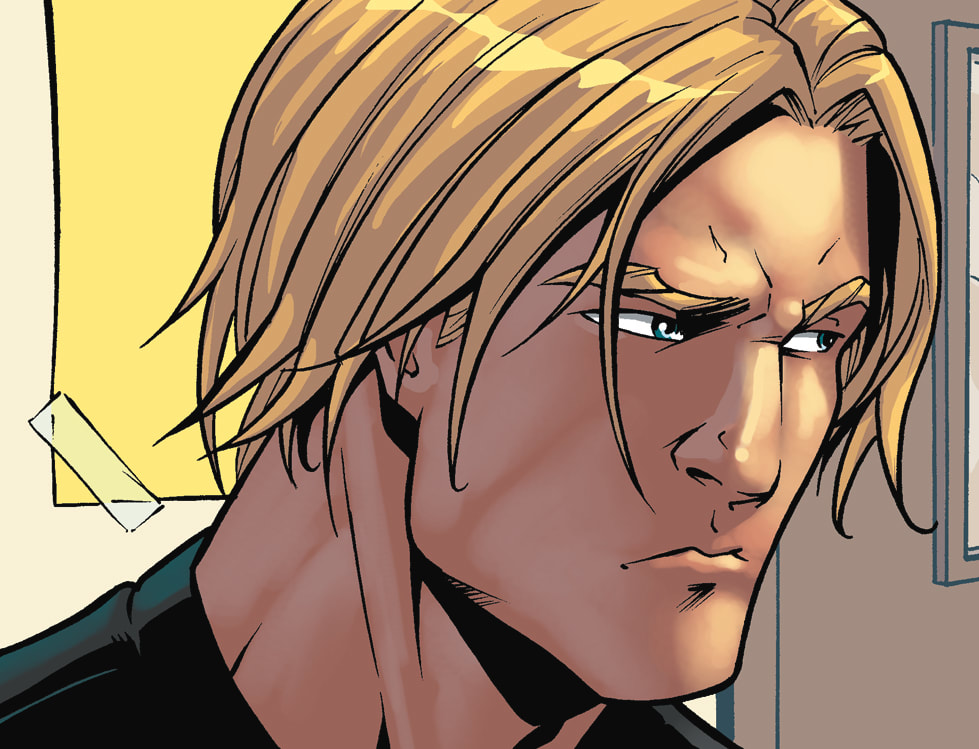 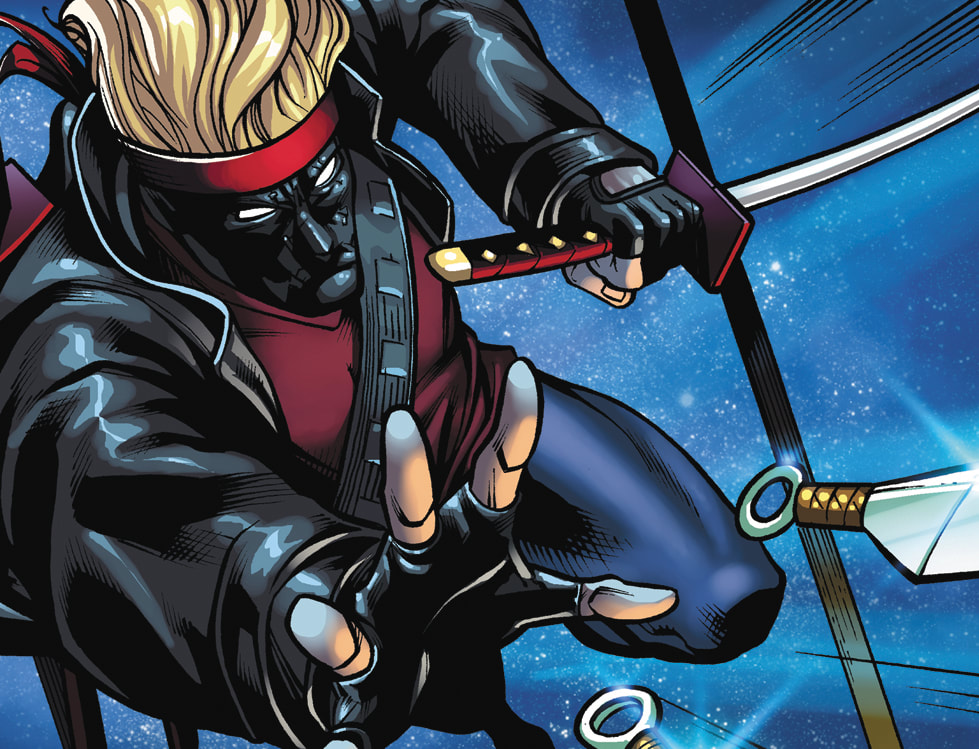 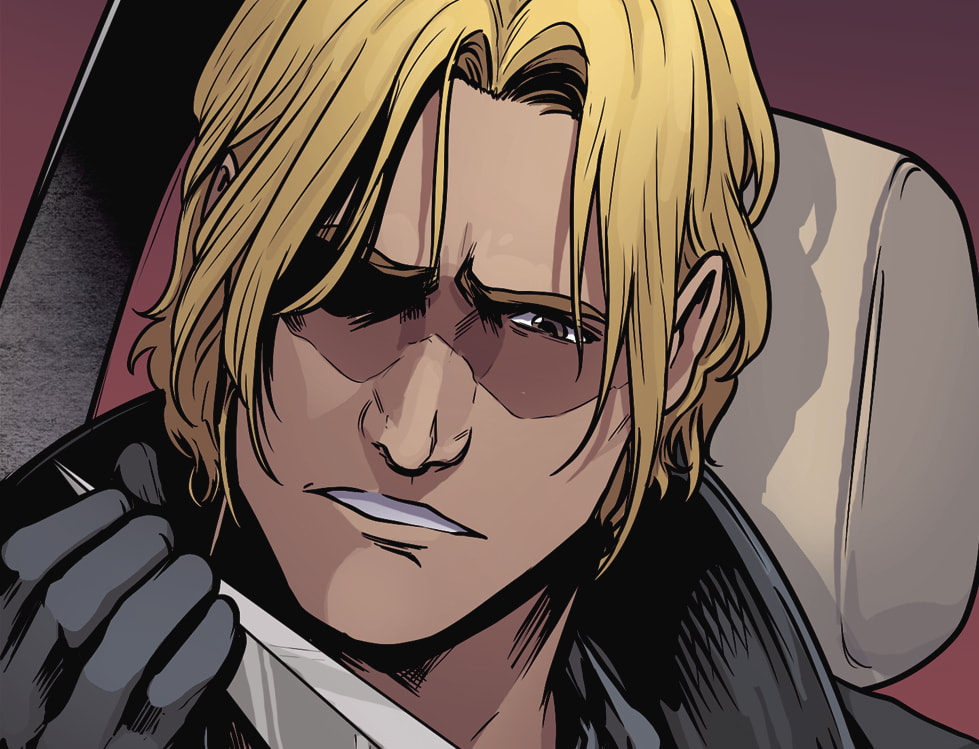 Zeniff is a loner, mysterious and withdrawn. What no one knows is that every night he is hunted by a terrifying Dream-Evil that may or may not have a face in the real world. He lives a secret double-life as the Adder, a black-masked vigilante obsessed with fighting the evil without as a means of dealing with the demons within.

Acting as a mentor to the other heroes, Zeniff's mastery of a potent martial arts style and other strange powers make him a deadly weapon against the forces that would tear Darkhan City apart. 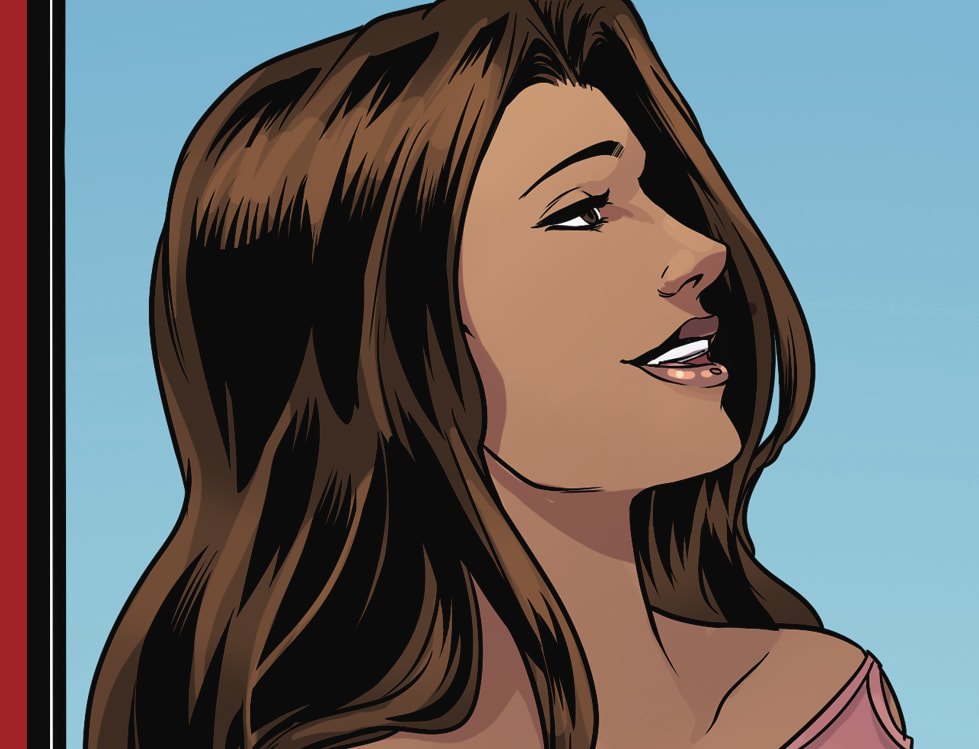 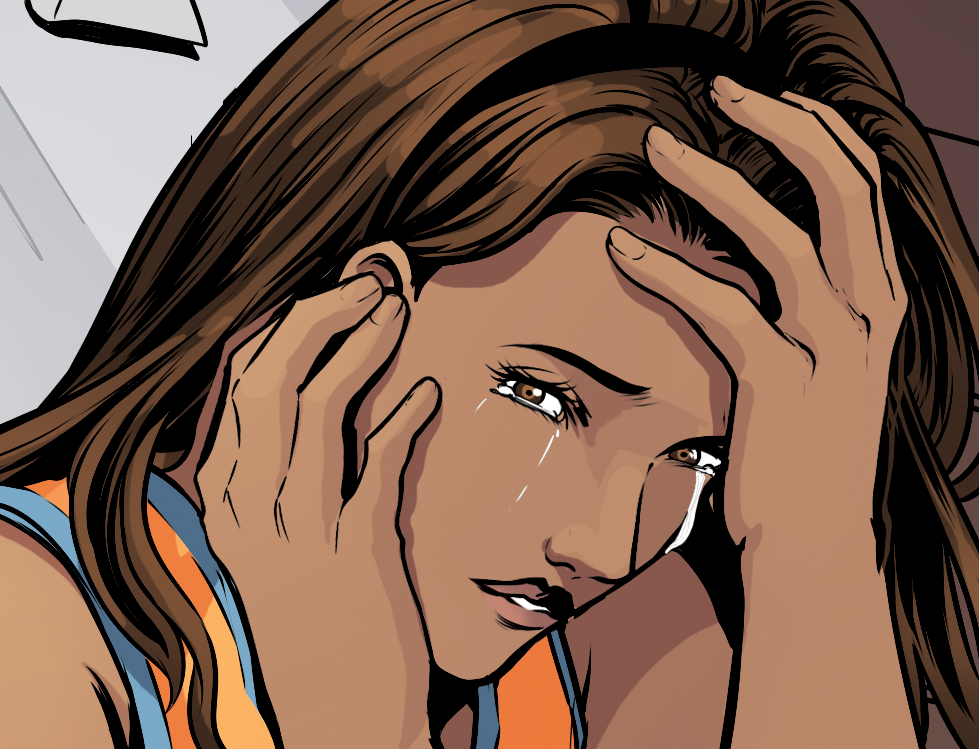 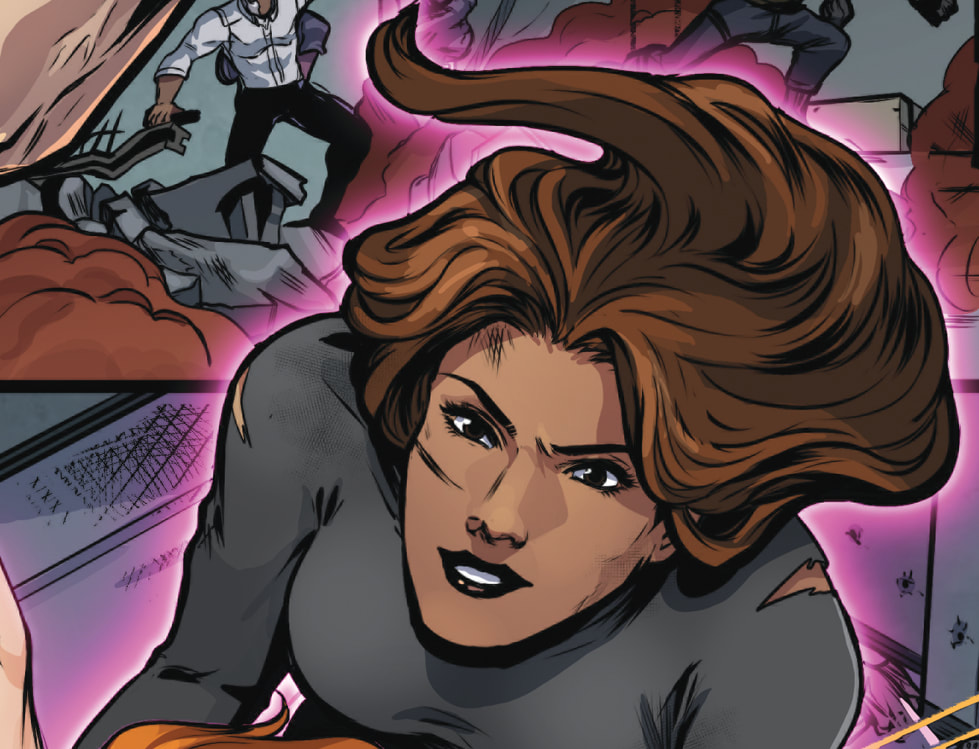 Kat is the beautiful girl that every guy wants and every other girl hates. Nicknamed "Ice Princess," her cruel, snobby attitude comes crashing down when she sees Scott stand up for Jenny against a jeering crowd. Suddenly aware of the person she's become, she resolves to become the person she really wants to be.

Granted the power to fly as well as manipulate the elements in her atmosphere to create fire and razor-sharp spikes of carbon, Kat welcomes her superhuman gifts as a means to do good in a city threatened by unimaginable dangers. 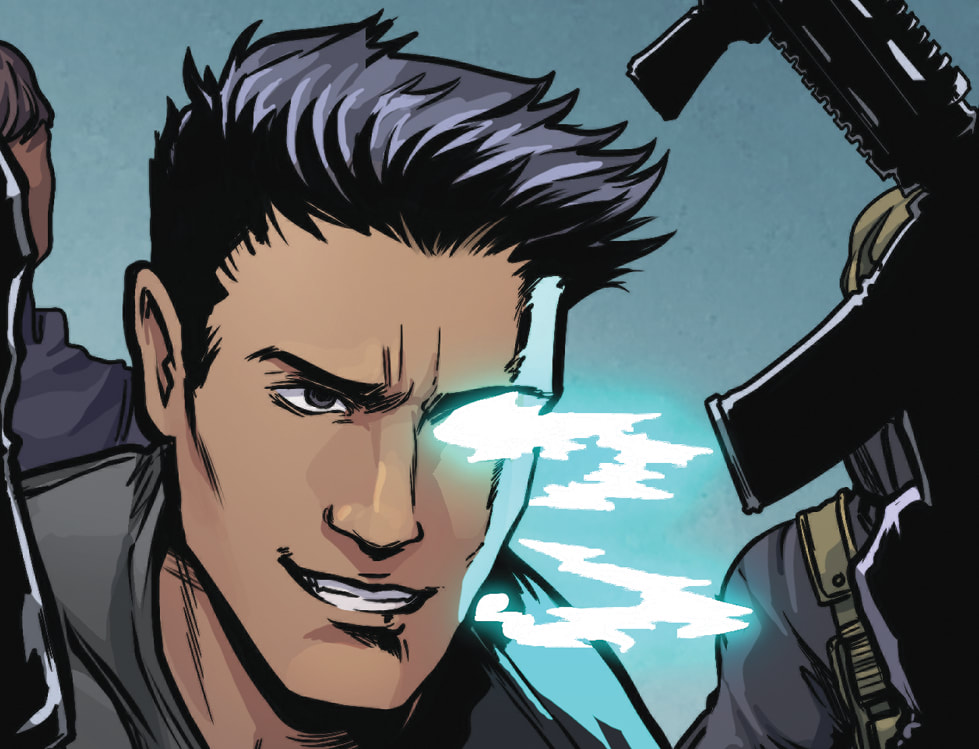 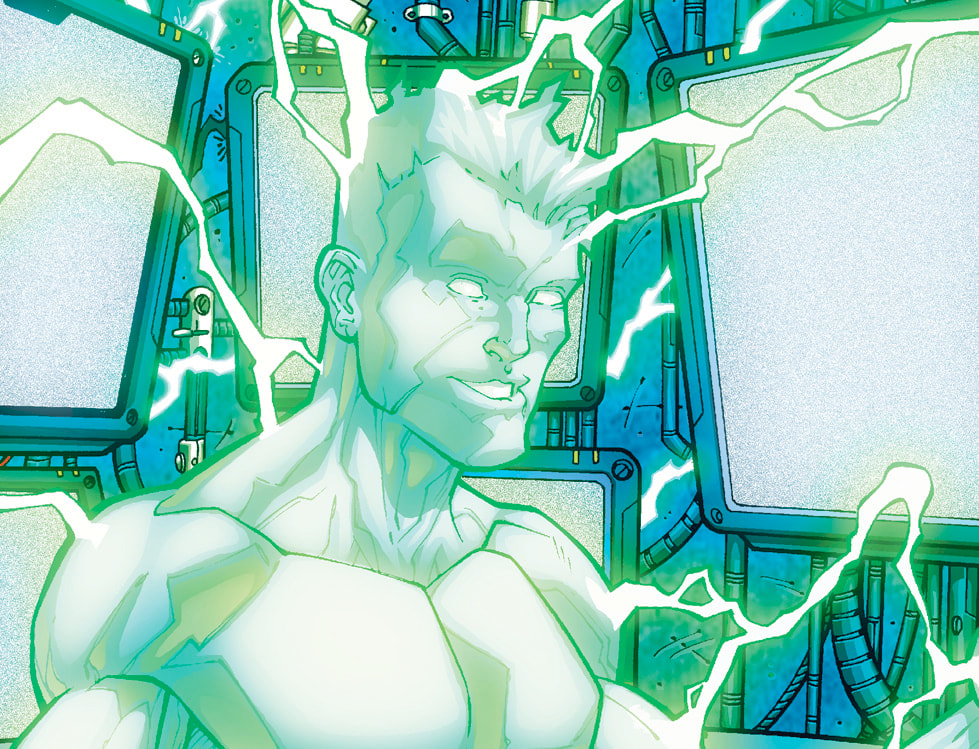 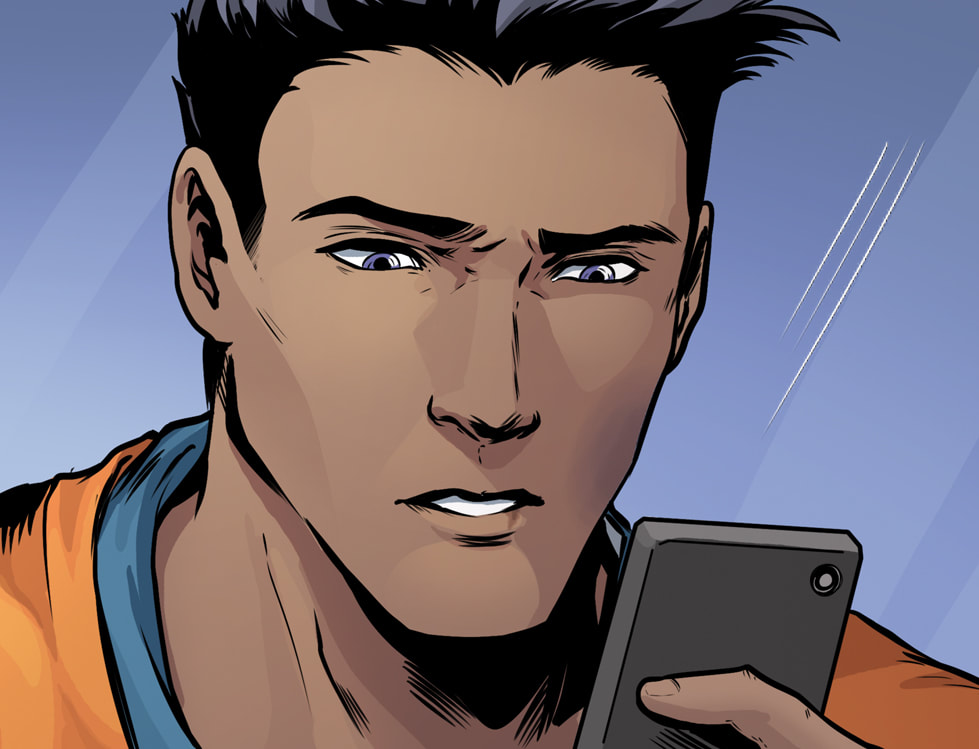 Dain is the star hockey player of Ridgecrest High and enjoys throwing his weight around. He's always looking to start a fight, and that's exactly what he gets when his new-found powers put him in direct conflict with the dark forces threatening Darkhan City.

Granted the ability to transform into living electricity, he can hack into and manipulate anything electrical. The full range of his powers has yet to be understood.

Video clip: Dain & the Worth of a Soul
Jenny Jaffa a.k.a. HARDTAP 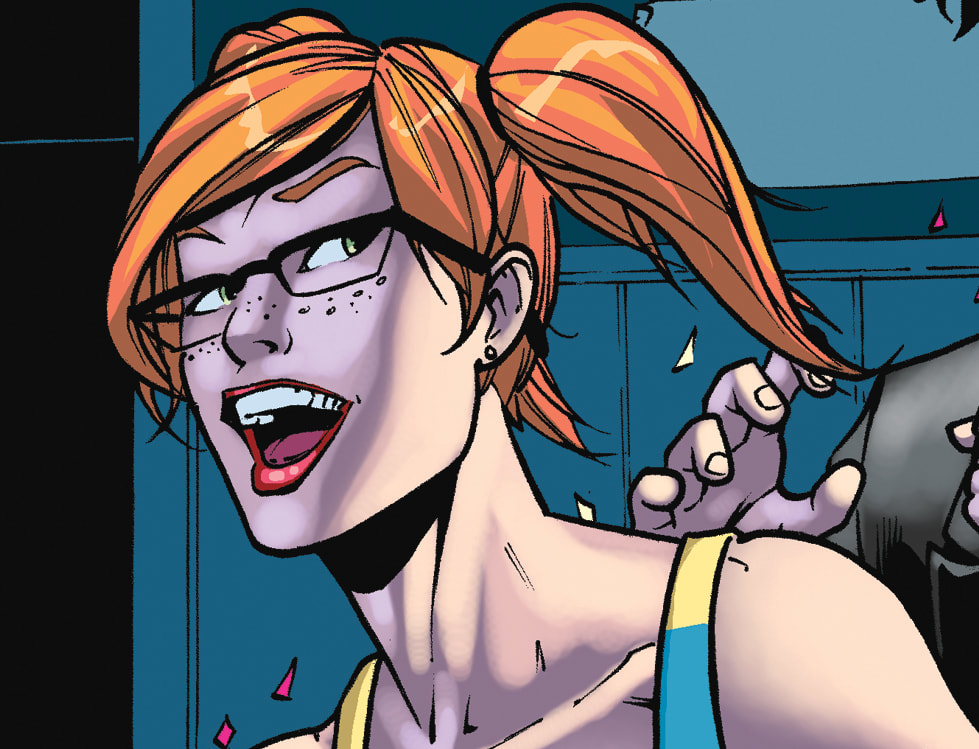 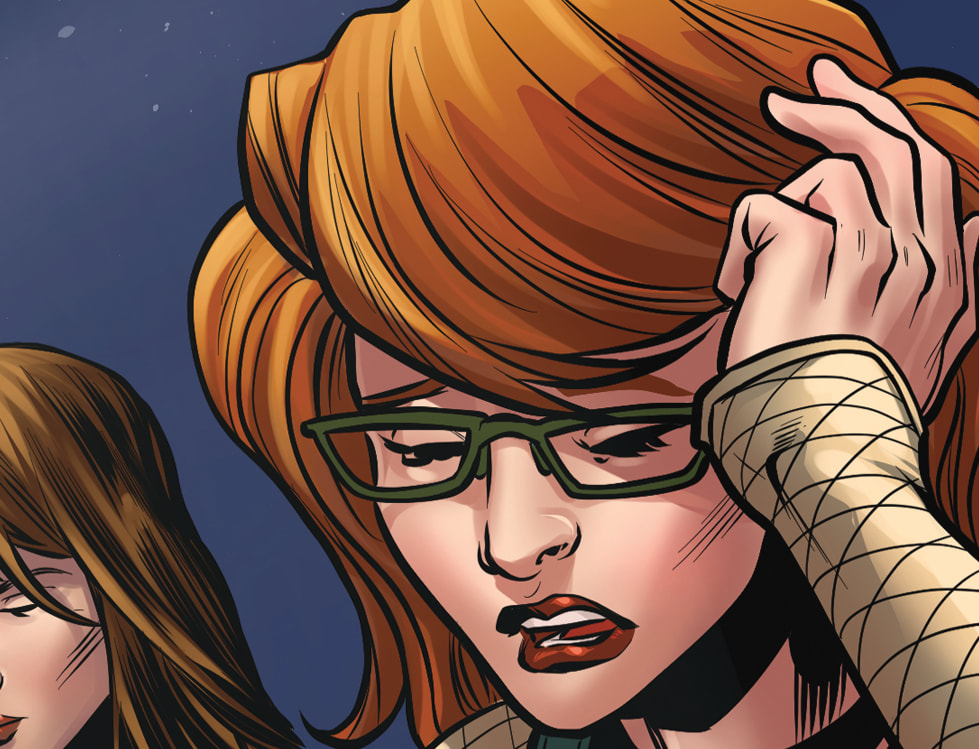 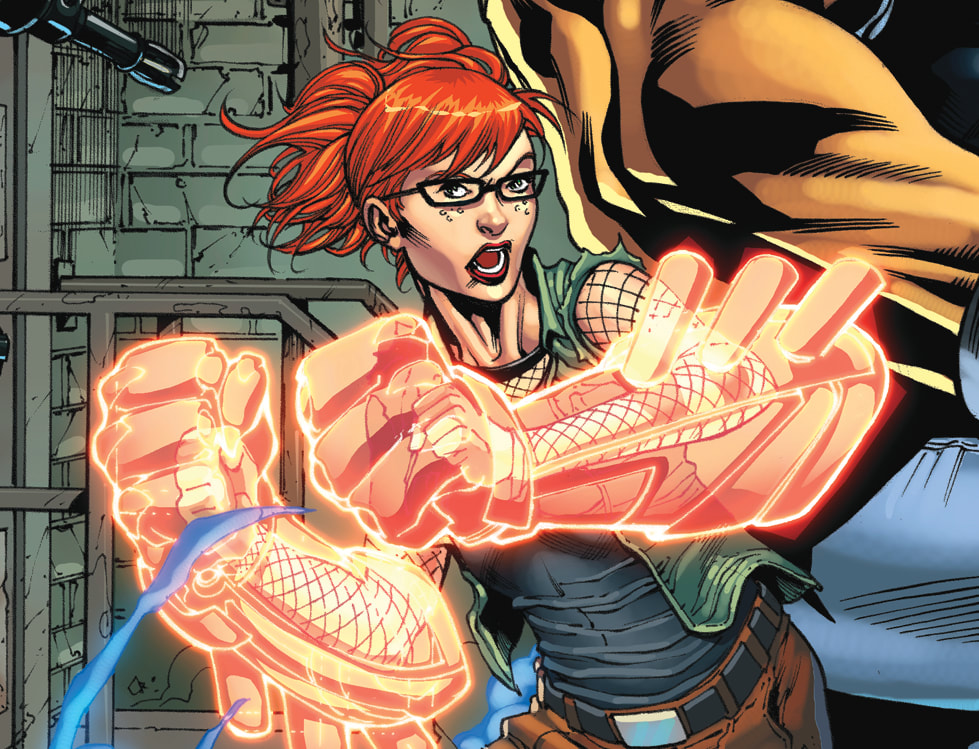 Jenny is an outcast, known by the popular crowd as "Freaky Jenny" because she spends her time after school mining the local junkyard for odds and ends for art projects. Despite her fiery attitude and sarcastic wit, she harbors a secret tragedy.

Granted the power to summon energy armor and to cause explosions with a touch, Jenny relishes the role of self-made superhero. But her courage may not be enough against the Monolith... 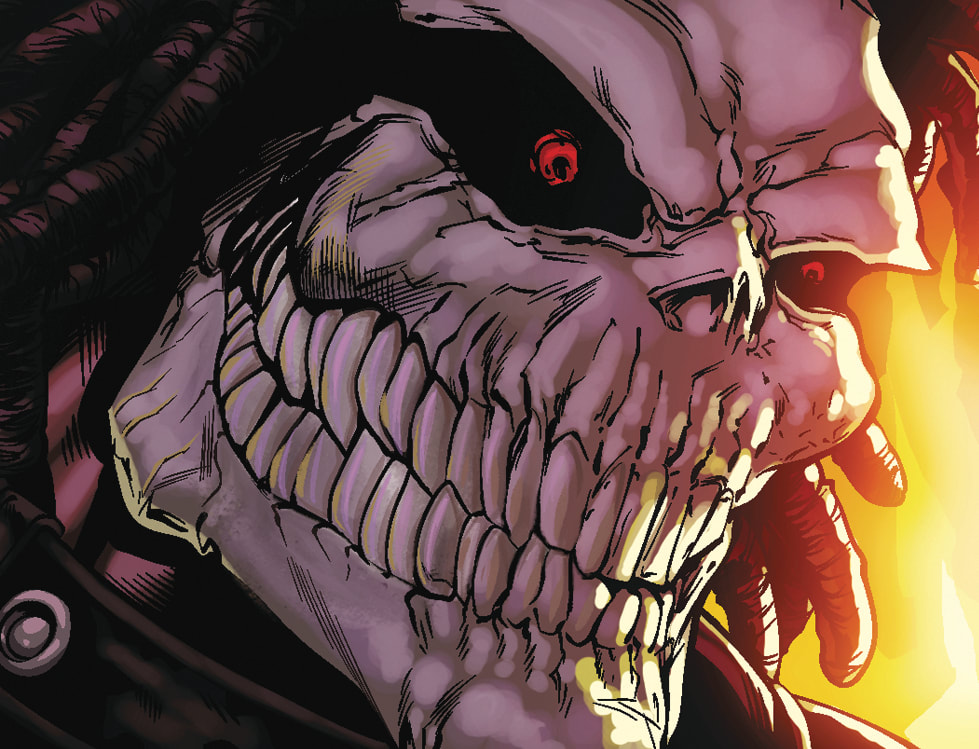 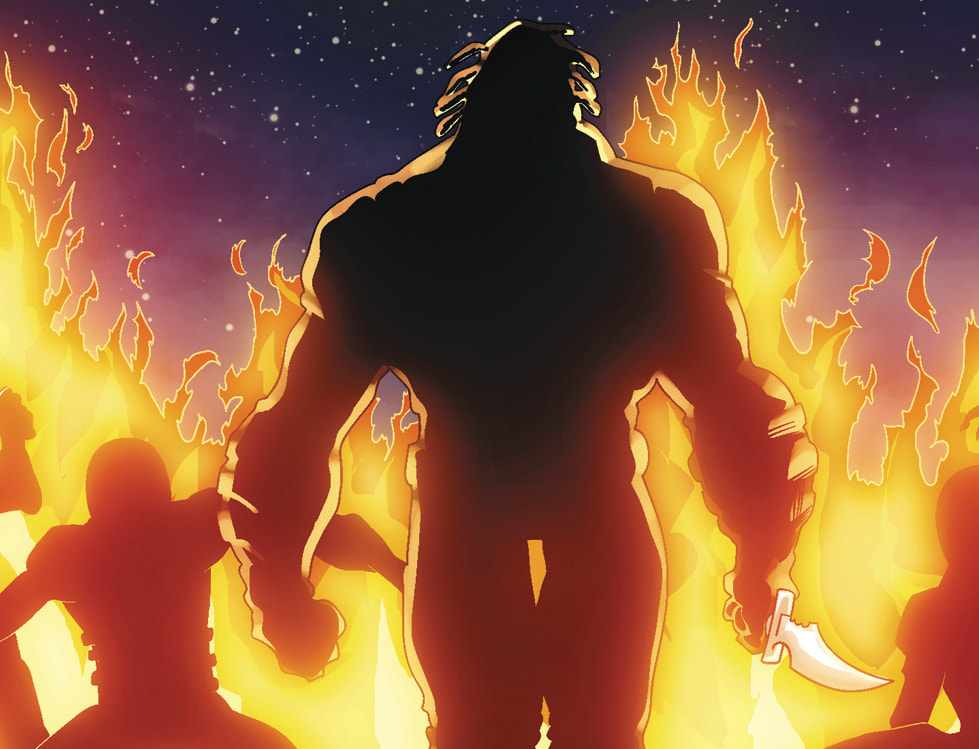 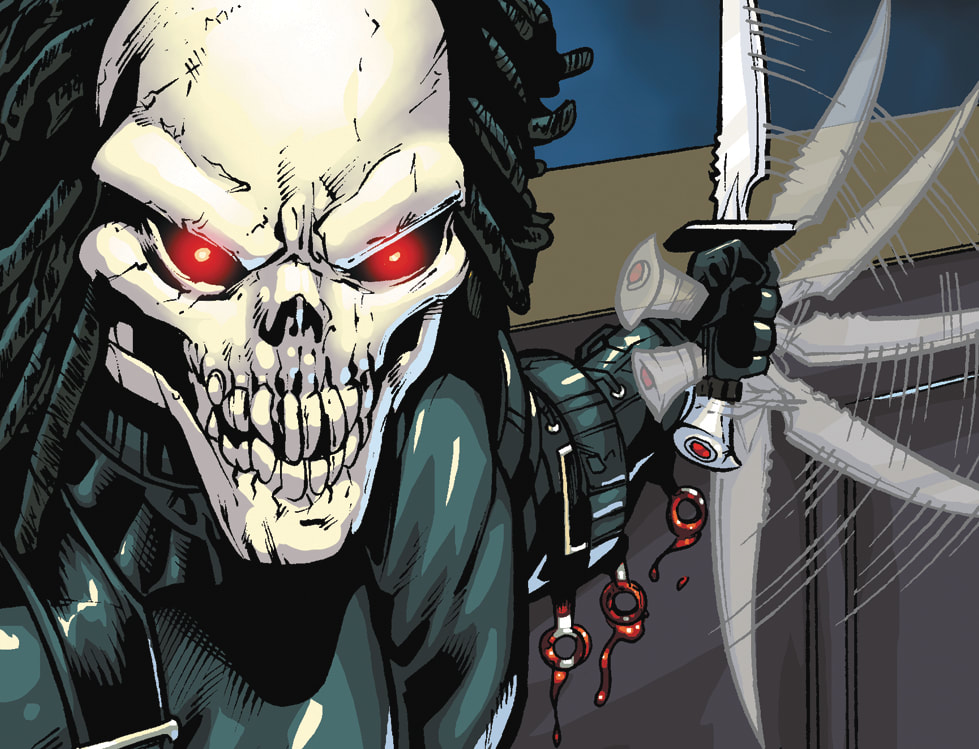 Smiley is a hulking homicidal maniac stalking the streets of Darkhan City, accompanied by his gang of creepy, skull-masked lackeys. So far he's been unstoppable, but he's never crossed paths with the Adder before...
THE MONOLITH 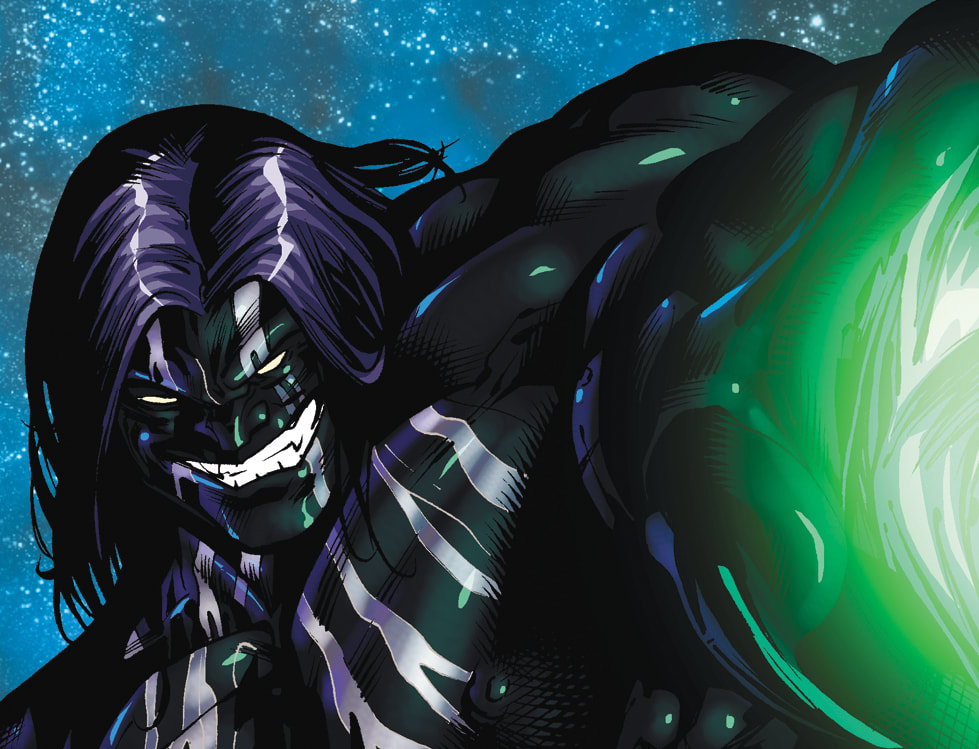 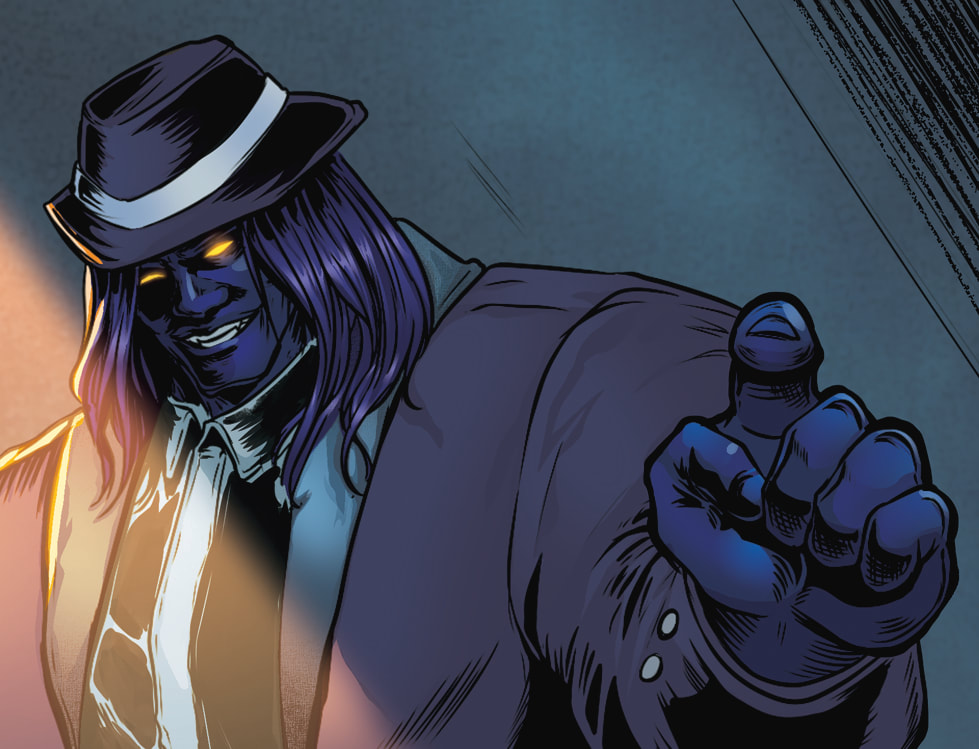 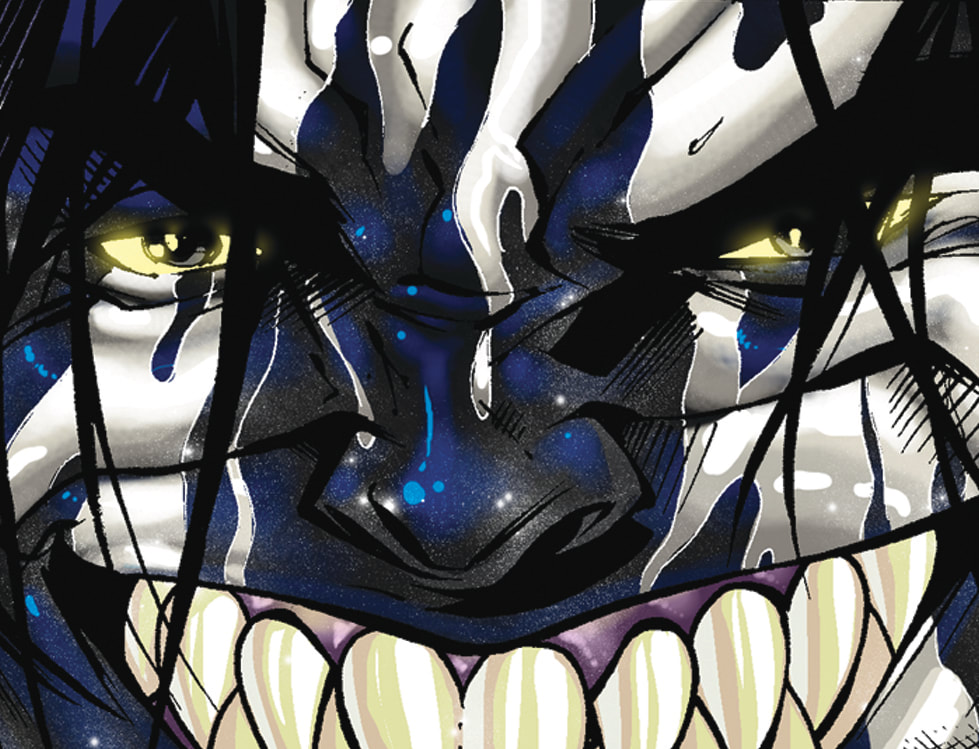